Your browser is out-of-date. Please download one of these up-to-date, free and excellent browsers: 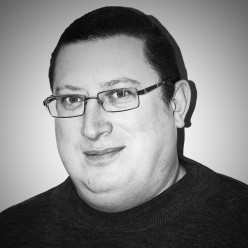 Lion is a backend developer in the nowhere digital team. He has been with nowhere for almost two years developing client systems and products. He also takes care of nowhere’s website and bookstore. Lion is passionate about his job and considers nowhere to be the best company he has ever worked with.

Lion became interested in programming when he was at university in 1999. He studied specialty robots and technical systems and his first languages were Basic, Pascal, FoxPro and Delphi. He developed accounting software then became a manager of a company, providing system integration support. He then returned to freelance web development, building web systems for clients. His interests include robotics and the history of aviation.