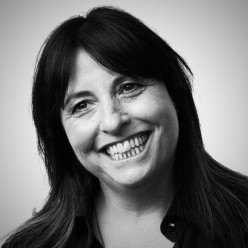 Janet, director and catalyst of nowhere in South Africa, has been instrumental in launching nowhere’s practice in South Africa. Her passion is to transform leaders and their organisations by guiding them through the principles and frameworks of the creative-rollercoaster.

With a special interest in field-based studies, such as the enneagram and archetypes, she sees there is still much work to be done in South Africa to transform organisations and communities.

Janet grew up in South Africa during apartheid. In 1976, when she was 12 years old, she lost her father in a political riot. He was referred to as the Unsung Hero of the Soweto Riots, which was a turning point in South Africa’s history. This past has shaped who Janet is today and has put transformation at the centre of her purpose.

Janet is an accredited transformational forum facilitator for the Young President’s Organisation. Her background is embedded in systemic practice.

She currently facilitates personal transformational workshops for leaders and professionals in companies, as well as at public events.